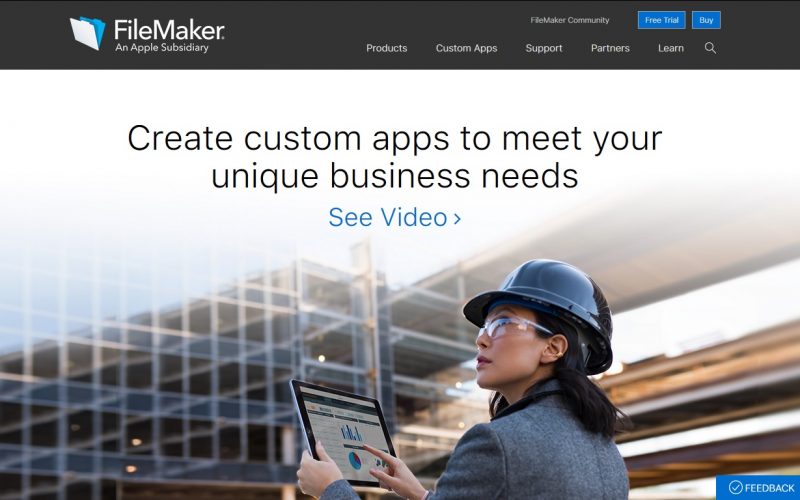 There has been a lot of talk about FileMaker in recent years, more than when the tool was originally released years ago. It’s clear that it has a well-established place on the market, but as some alternatives have started to take solid ground, the popularity of FileMaker has been called into question at times. Is it really the kind of tool that we need in the modern world, or is it about to be deprecated in the near future?

This is a more important question than it seems at first, as some people are investing their time into learning FileMaker and mastering its more intricate aspects right now. Others are integrating the platform into their organizations tightly and are relying on it to a large extent to do their work. If FileMaker becomes obsolete eventually, it should be followed by something that can at least allow for easy integration. But let’s look at the current state of affairs.

It’s popular among developers and users

There’s something to be said about applications with strong community support. The benefits tend to extend beyond finding simple fixes for the occasional problem that can pop up. More importantly, having that many people in support of a certain tool can ensure that the developers are motivated enough to support it in the future, and also have a clear direction to work in.

With many users – both on the development and client side – there are also constantly lots of requests for new features, bug reports, and other useful pieces of data that can help ensure that FileMaker remains a viable and competitive option for a long time. There is simply no comparison to make with tools of a smaller scale, and there are clear benefits to sticking with FileMaker for this reason alone.

There are plenty of hosting companies on the market

If you need professional assistance to handle the stressful job of hosting your FileMaker applications, you’ll find plenty of options on the modern market. It’s a well-developed industry, and for a good reason – there is strong demand for these services. For you as a potential developer or user, this means that you can rely on great support from professional FileMaker hosting providers for all your needs, instead of having to do this yourself. As you’ll quickly find, this can boost your productivity a lot when you need to host a large number of applications, such as when you’re running a moderately sized business.

FileMaker hosting is a pretty complicated ordeal if you hit some roadblocks in terms of optimization and other similar factors too, so it’s definitely a good thing that there are so many professionals out there who can assist you on a steady basis. This is another good point in favor of FileMaker’s long-term viability.

It offers a nice balance of features without a true alternative

Whether you’re a fan of FileMaker or not, you can’t deny that it offers a unique feature set without a true match on the modern market. Sure, there are some alternatives that come close, but there’s something to be said about the way FileMaker gets things done and simplifies the process. There is a reason why it enjoys such a large user base, and why so many people use it as their default solution for organizing their businesses.

Until there is something that is able to replace FileMaker and stand on its own on the market – which would probably require an open-source product with a strong community support – we can expect the tool to remain a perfectly good option, and a good way to invest your time if you’re looking to master something new.

Just make sure that you follow the current trends around FileMaker and its community, as there is a lot going on each year, with new updates coming out and features getting switched up. Familiarizing yourself with some good sources of information about recent developments around FileMaker should be one of your first priorities once you’ve started using it on a regular basis in your business, and it’s certainly not hard to find those nowadays. Just have a look around the Web, and you should find plenty of information about the tool and the different procedures involved in using it.